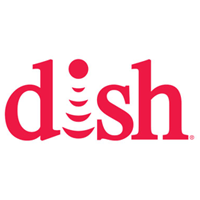 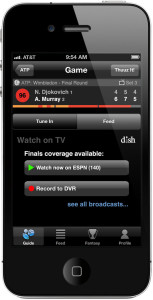 TV is about to get a whole lot more interesting. DISH announced today that it’s opening the Hopper DVR platform to mobile app developers, paving the way for a new generation of feature-rich “second screen” apps. Second screen apps run on a tablet or smartphone and provide information about the show you’re watching on television. For example, a second screen app might tell you the name of an actor on screen, or what other movies he starred in. By handing over the Hopper API to trusted developers, DISH is encouraging creative new ways to enhance the TV experience. Paired with the Hopper, apps can deliver social networking conversations and context-specific information about TV shows in real-time – such as the stats of a player coming up to bat and what people are saying about him on Twitter. Thuuz Sports is an early adopter of DISH mobile app development. Using real-time analytics and social networking buzz, the Thuuz app alerts fans about breaking sports action and gives users a chance to start watching the game immediately – or record it – right from their mobile device. Thuuz Sports is the first developer to integrate the Hopper API into a mobile app, which is available for iOS and Android devices.
July 16, 2013/by Curt Stelter
https://www.dishpromotions.com/wp-content/uploads/dish_200x200.png 200 200 Curt Stelter https://www.dishpromotions.com/wp-content/uploads/dish-logo.png Curt Stelter2013-07-16 13:46:292018-08-24 09:03:40DISH Promotes App Development by Opening API
Refer a Friend to DISH, Get $50